The poor dog’s fur was so matted people couldn’t tell what breed he was. No one knew exactly just how bad life was for Sang Su. But, any stray’s life is certainly not an easy one.

He was unloved and extremely neglected for a very long time. Sang Su’s heavily matted fur – from his head to the tip of his tail – was more than enough proof that he received very little care or attention.

He was in such a terrible state that his filthy and dense coat left him formless. In fact, it made it impossible to identify what dog breed lay trapped inside that matted coat. 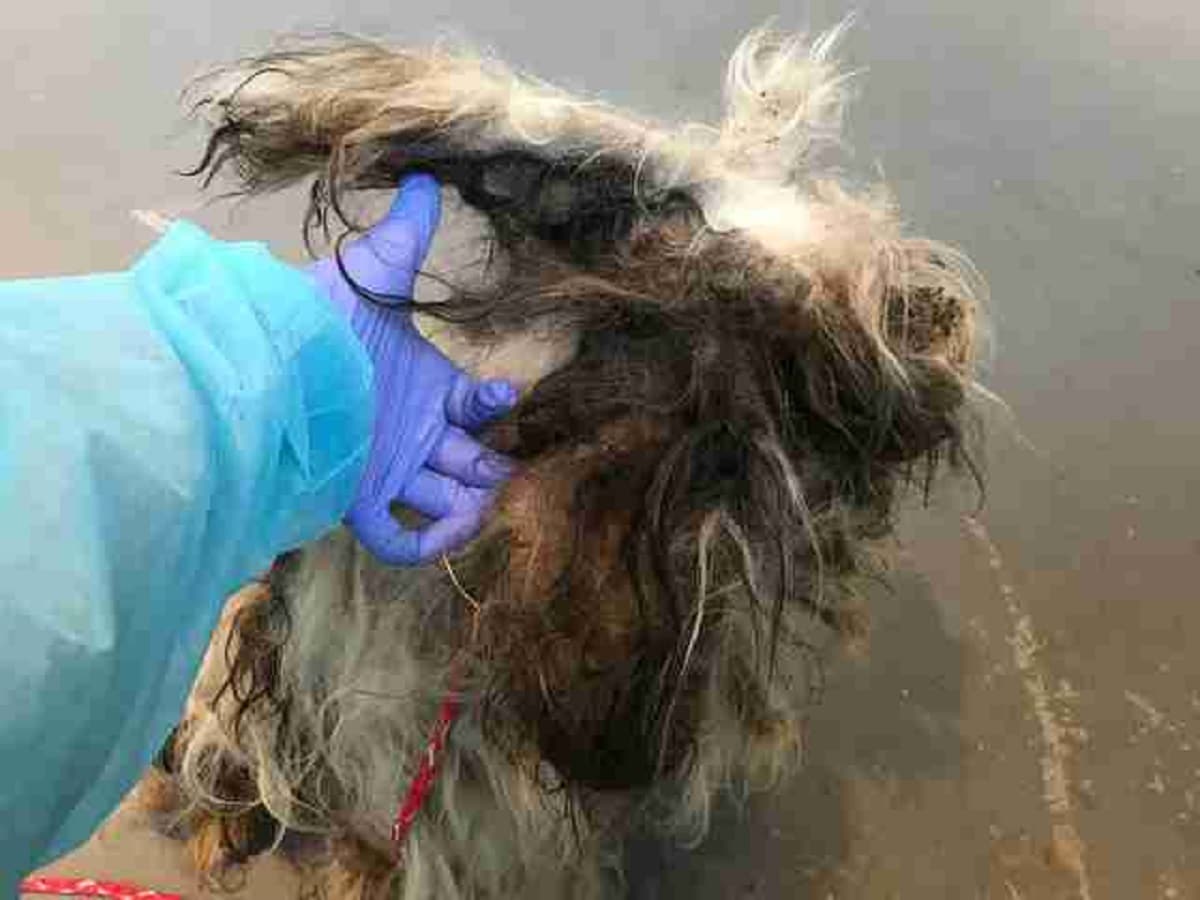 Their First Impression: His Fur Was So Matted They Could Not Tell What Kind of Dog He Was

Shelter volunteers realized that it would take many hours to cut and wash this nasty coat. They did not have the resources needed for this huge undertaking.

Thankfully, the Trio Animal Foundation had both the experience and support needed. This nonprofit rescue group dedicates their work to pets that have experienced intense neglect.

But they, too, were appalled by the poor dog’s condition. This was the worst case they had ever seen. They had never seen a dog whose fur was so matted people couldn’t tell what breed he was.

Just How Badly Was His Fur Matted?

“He was tightly wrapped under his fur,” said Trio Animal Foundation President Sue Naiden. She was appalled at his condition.

“The massive amount of fur that’s been his urine-soaked produced a stench that made it difficult for anyone to be near him. It burns in the nose and throat.”

In spite of the dog’s fur being” so matted people couldn’t tell what breed he was”, the rescuers didn’t give up. They were determined to make a difference in this dog’s life.

Medical professionals performed an emergency grooming that took 2 hours to remove Sang Su’s 3–pounds of matted fur. This was hard work but it would be worth the outcome.

Afterward, Sang Su seemed to be a completely different dog. It was absolutely amazing to see the difference in the way the dog looked.

Ta-Da, It Is A Cocker Spaniel

Naiden suspected Sand Su to either be a poodle, Lhasa Apso or Shih Tzu. However, that was when the dog’s fur was so matted people couldn’t tell what breed he was.

It was only after the procedure did the dog’s true identity come out. “Only until he walked out of the surgery room did I know he’s a Cocker Spaniel mix.

For my 20 years in rescue, it’s the first time I was wrong about a breed,” said Naiden. This had to one of the worst cases he had ever seen.

Now that Sang Su had been freed of his imprisonment, he could finally move freely and without pain. But there is still one thing that Sang Su needs; the warm touch of a loving hand.

He needs to bond with a human and to make the kind of connection that warrants being called “Man’s Best Friend”. This takes more than a few hours of being groomed.

Although Sang Su can still be wary around people, deep inside, he longs for human contact. He has shown his desire to be held by frequently leaning against his rescuers.

Although he initially shook because of the trauma he still loved to be petted. It did not take long for him to overcome that fear. 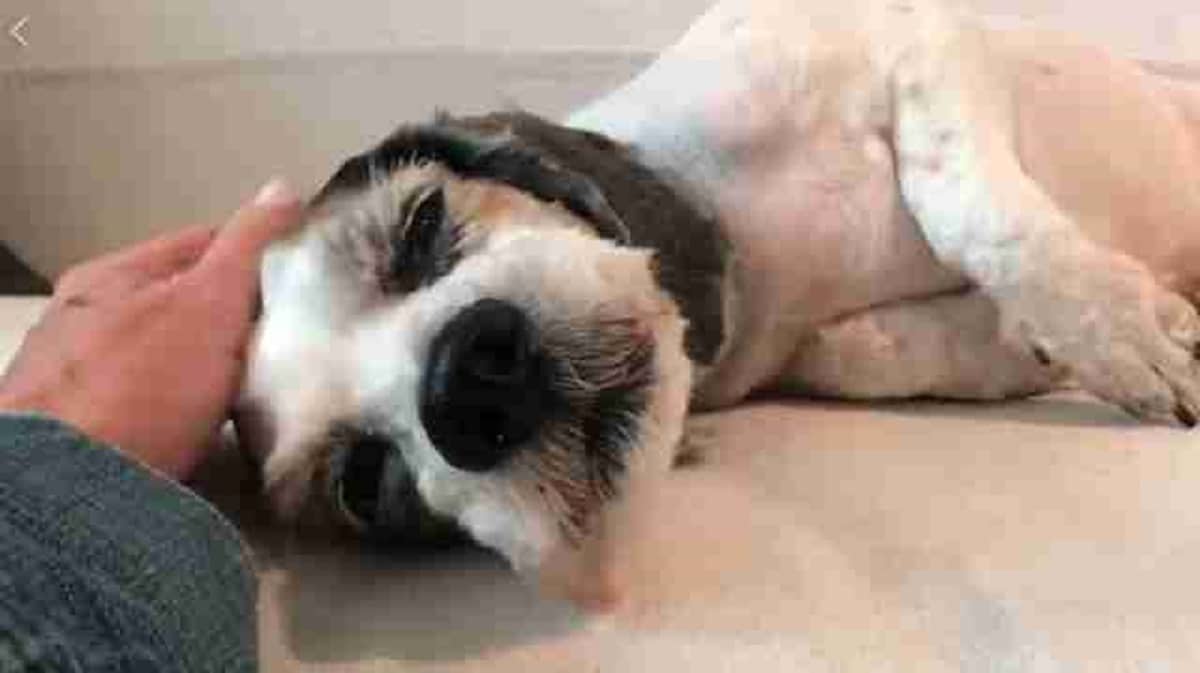 Sang Su indeed has come a very long way, but there’s still a lot of healing ahead of him. When he has fully recovered and developed a little bit of self-confidence, Sang Su will finally be put up for adoption.

Until then, he will spend his currently much happier days under the loving care of the Trio Animal Foundation until he reaches his optimum health. 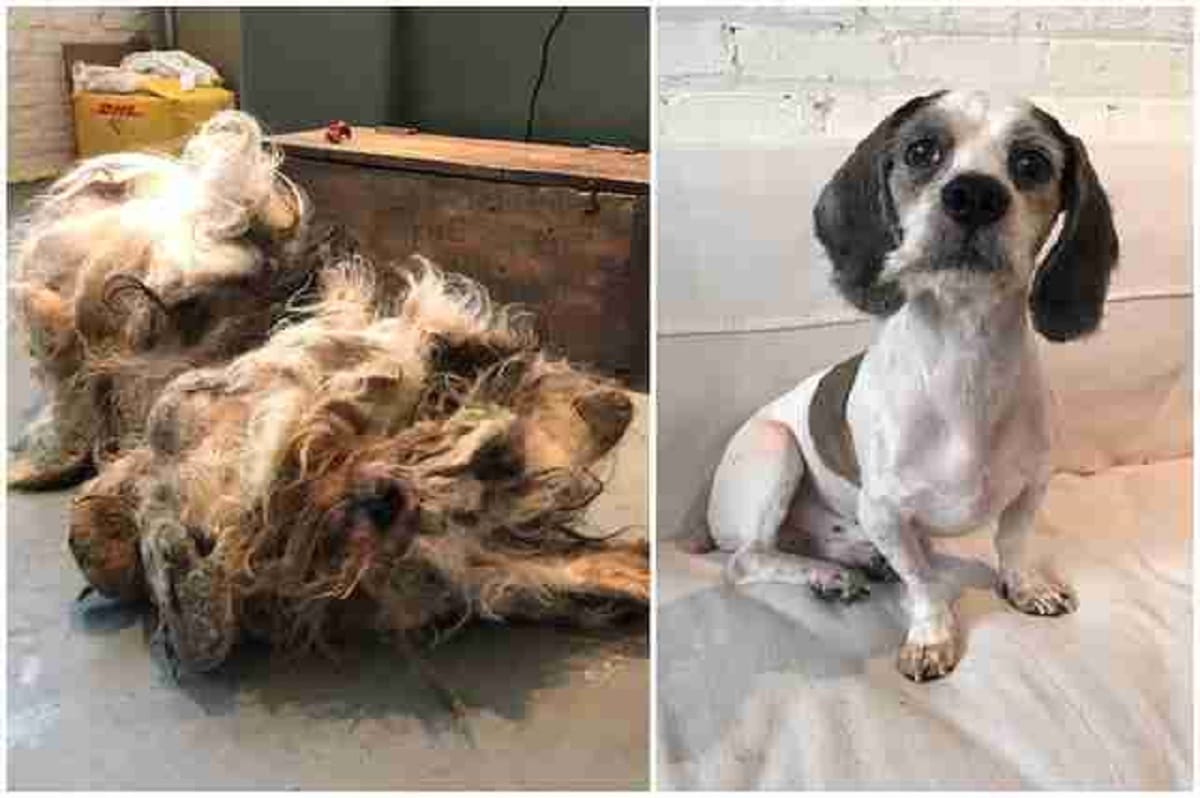 Why Is Regular Grooming So Very Important?

It is vital to your best friend’s health and well-being in addition to keeping him looking and feeling his best. By brushing him several times a week, you build stronger bonds of friendship with your dog.

You also have a better chance of catching a potential problem before it becomes a serious one. Changes in your dog’s coat or skin are often the first indication that something might be wrong.

The condition of their body overall is important and you should feel for any unexplained lumps or bumps or skin irritation. It is easier to examine the body when the coat is healthy.

Literally checking them from head to toe and tip of the tail is important. Eyes should be clear, bright, and without discharge. Ears need to be checked at least once a week both inside and out.

In addition to looking at the ear, you need to smell the ears at well. There should be no discharge, redness, or smell. Look out for ear mites! There are grooming products designed for cleaning a dog’s ears.

Some dogs seem to be prone to ear infections and this is a worthwhile preventive measure to employ. Your dog will thank you!

Brushing your dog’s teeth may not have crossed your mind but it is an important element of grooming. If you cannot do this once a day, try to do so at least a few times a week.

Do not use toothpaste made for people. Kits are made for dogs especially. There are also special treats meant to help clean a dog’s teeth.

A dog’s feet are as important to them as yours are to you and they have twice as many! The pads of their feet can get burned on hot pavement or sand.

Thorns can become embedded in them, causing infections and pain to your best buddy. In the winter, ice can cause frost-bite.

Toenails need to be kept trimmed and it is easier if this is started in early puppyhood. If they have dewclaws, this is even more important.

They can get caught on objects and actually ripped partially or totally off. This, as you can imagine, would be very painful.

Toenails should be cut very carefully. If they are cut into the “quick”, they may bleed as there is a blood vessel in that area.

This would not only be painful, but it could also become infected as well. Keep a styptic stick or powder close as hand to stop the bleeding.

Depending on the breed, coat length, and sex of your dog, there are specific needs to be addressed. From head to tail, there are breed standards described by the American Kennel Club.

You may wish to check those out to guide you in your grooming choices. Alternatively, you may wish to discuss this with your vet.