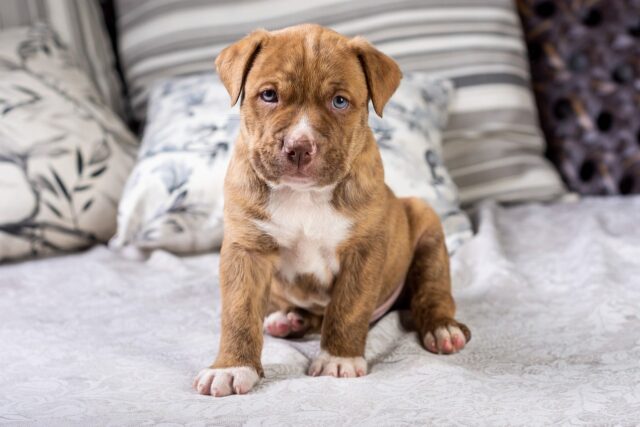 We can learn a valuable lesson from how this patient puppy gets her wish after waiting 400 days for it to come true. There are some things we keep wishing for that don’t come true.

This may make us wonder whether we should continue hoping for them or just forget them. Sometimes though, the problem is only with the timing, so with patience, the wish may eventually come true.

Timing and one other element made all the difference in the world to this pup. She had dreamt of having a home, and had waited for a long time before at last, someone took a chance on her!

While the staff knew how sweet and lovable Lola really was, she had been stuck in the shelter longer than most. Lola was a pit bull who came into the shelter with her babies as a stray.

And though she was a mommy already, she was still a one-year-old pup at the time. Lola was filled with so much energy and enthusiasm. She was oozing with charisma. So you would think that she must not have had any problem attracting potential adopters.

But for some reason, while her babies were quickly adopted into good homes, Lola was left under the care of the Humane Society of Wickenburg. And to the staff’s shock, it went on for more than a year. 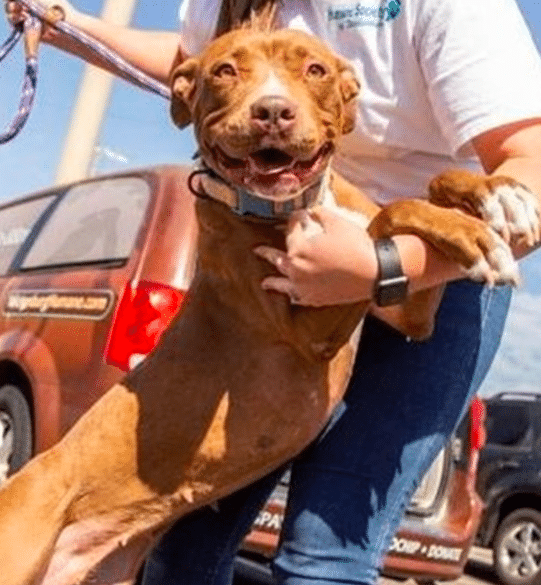 How The Puppy Gets Her Wish

Not wanting to extend it further, and knowing how eager Lola was to meet her own forever home, they asked assistance from “Project Reachout.” And unbelievably, it only took them 24 hours to find a good lead!

Before “Project Reachout” became involved, Lola was in a location with a population of only 8,000 people. They realized that a small community would be limited in the number of potential adoptive families.

It made sense that more people meant better chances for Lola to be adopted. So, those behind Project Reachout transferred her so she could have a higher chance of landing an adopter. And as it turned out, the plan proved to be effective, as simple as it may have been!

The Perrys spotted her on social media and, without hesitation, contacted the volunteers to book a meet-up. They saw Lola and their hearts were immediately captured! And Lola at long last, had her wish come true!

Sometimes, waiting may be very hard. At times, it might even be exceptionally hard to do. However, when it’s done for something you so earnestly desire, it definitely is worth it!

Lola is still a very young dog and has many years to enjoy being part of a loving family. We are happy for Lola and hope that many other dogs have the same positive outcome very soon.

This next story is about a dog who waited >1000 days to be adopted and is now a happy member of a loving family.https://excellentdogsclub.com/bentley-the-bulldog-mix-gets-adopted-after-staying-more-than-1000-days-at-the-shelter/