Dogs aren’t known to be picky eaters. They will generally eat whatever food they can find. Their love for food can be a problem for them, especially if they get fat. But not this dog. This boxer wants chips dipped in cheese.

Boxers are not any different from any other breed. Boxer lovers know that it’s not a good thing to leave their food unattended, especially if it’s accessible to their pooches – simply because these huge dogs will do what it takes to get the treats they want.

Frazier, the Boxer in our video, isn’t like that, however. While other dogs readily accept any food handed out for them to eat, Frazier won’t take just any and every kind of food. He knows what he wants, and he knows exactly how to get it. In this case, this particular Boxer wants his chips dipped in cheese sauce.

The video starts with Frazier sitting a short distance away from his human mom, who was working on her laptop. The stocky dog was just sitting there quietly looking at his mom. He had a facial expression that indicated that he was excited about something but couldn’t quite get to it.

As it turns out, Frazier wasn’t excited to sit with mom just for the sake of sitting with her. He was hoping to get some of the food that she nibbled on while working: chips dipped in a tub of cheese sauce.

When Mom saw Frazier staring back at her, she offered him a chip. The dog quickly stood up and approached the hand that held the snack, but quickly turned away after sniffing it. It didn’t have the cheese he hoped to eat, and so he refused to eat it.

Mom noticed Frazier’s refusal to take the snack. “What do you want on it?” mom asked him. “You don’t like a plain chip? What’cha want?” Frazier only stared at the chip, then glanced at the tub of cheese dip. 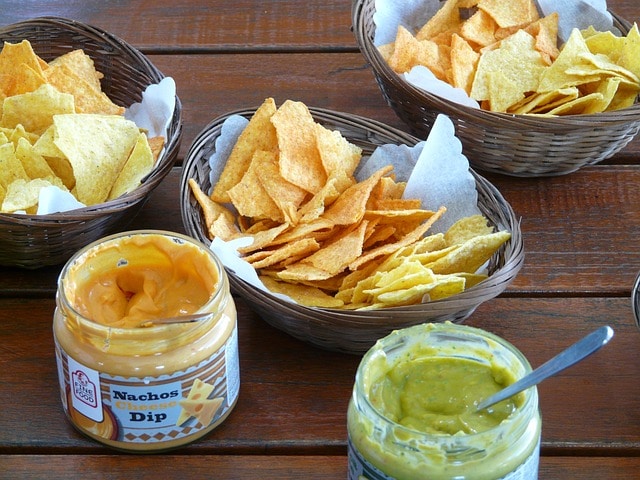 Mom understood what he wanted, dipped the chip in the sauce, and then handed it over to the dog. Frazier was unable to contain his excitement. He quickly snapped up and ate the cheese-dipped chip.

Frazier’s mom tried a second time to give him a plain chip. The dog’s response, however, was epic. Watch the video to see how Frazier responded to the plain chip his mom gave him.