A beloved dog was found after missing for three weeks. One Los Angeles community pulled together in an all-out effort to find a much-adored service dog.

The dog’s name is Lucy – she is a Pit Bull mix, who works at the Santa Monica Hospital as its greeter. Everybody in town loves this precious dog! And what’s not to love?

Lucy is kind and sweet, despite the difficulties she endured in her earlier life. She had been seriously abused and left for dead by her previous owners.

Concerned citizens found her on the side of the road in 2013. She was covered with ticks and mites, and she also had infected wounds covering her body.

Veterinarian Antje Hinz and her partner Finn Egan contacted Lucy’s rescuers and adopted her.  According to Finn, Lucy was so scared she’d shake violently if anybody tried to touch her. 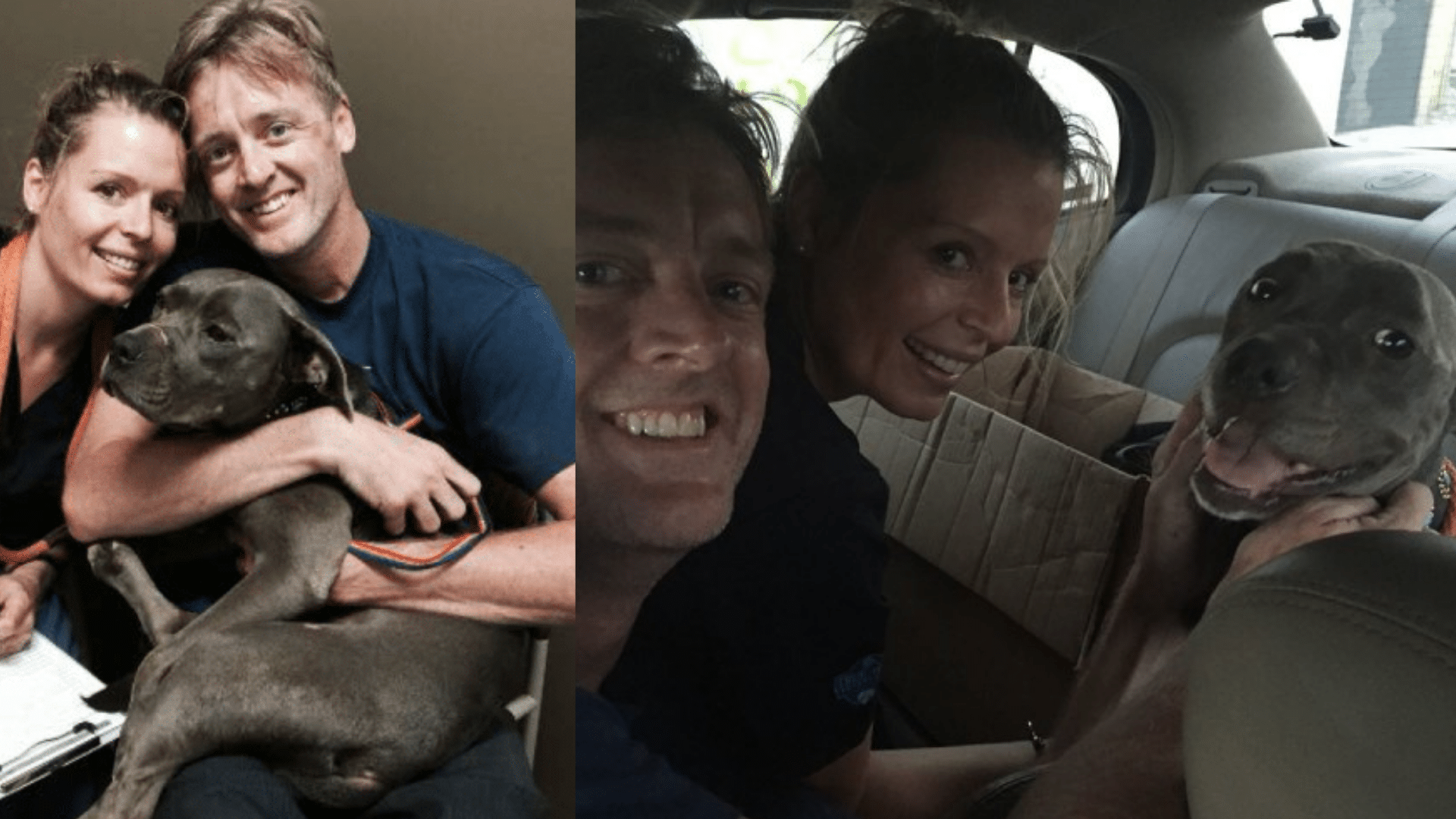 Antje and Finn did not give up on Lucy and helped her throughout her rehabilitation period. They worked hard to address both her physical and emotional needs.

Soon enough, the once timid Pit Bull became the sweetest and kindest dog imaginable – even receiving her service dog certification. According to Antje, Lucy paid them back by giving her support during her battle with breast cancer.

It is not just Antje and Finn who adored the cute Pit Bull. Everyone at the hospital loves Lucy so much that they all became distraught when they found out that she was missing.

When and How Did Lucy Go Missing?

Lucy escaped her dog sitter on Labor Day. As soon as word got out that Lucy was missing, the whole community organized a search party. 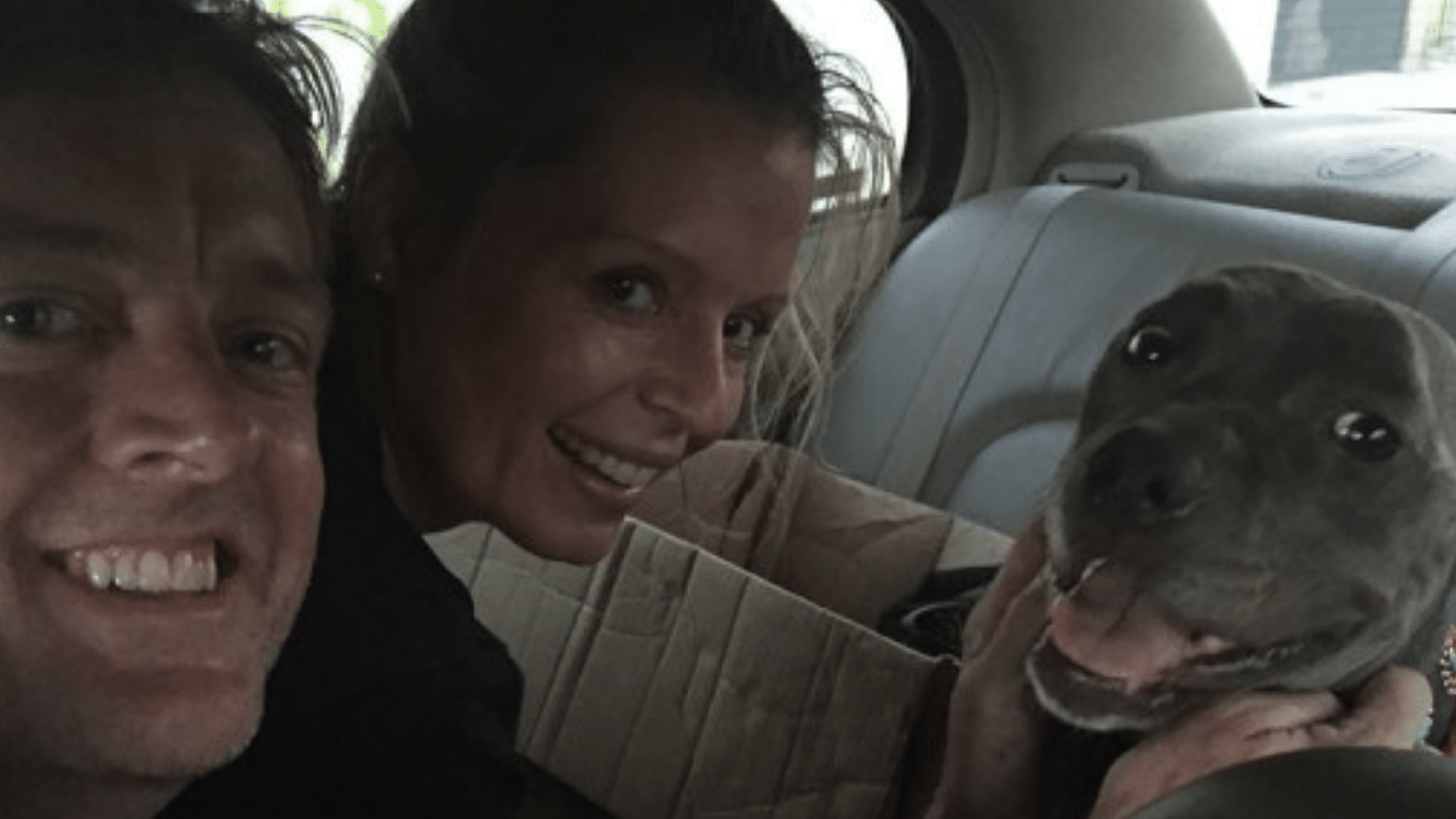 Volunteers started their online campaign to look for her. They posted photos of Lucy, asking social media users to help them locate her whereabouts.

Finally, The Beloved Dog Was Found After Missing For Three Weeks

They followed all leads of Lucy sightings but to no avail. Finally, Antje and Finn received a call saying that Lucy had been seen in Culver City. The couple immediately drove to the next city to fetch their dog.

The poor dog was ecstatic to see Antje and Finn! She was filmed giving unlimited kisses to her owners. Antje and Finn brought the happy but dehydrated Pit Bull to the hospital, where vets treated her wounds.

Everybody was so thankful that Lucy was safe! As for the hospital staff, they were all relieved to know that their greeter was finally found! 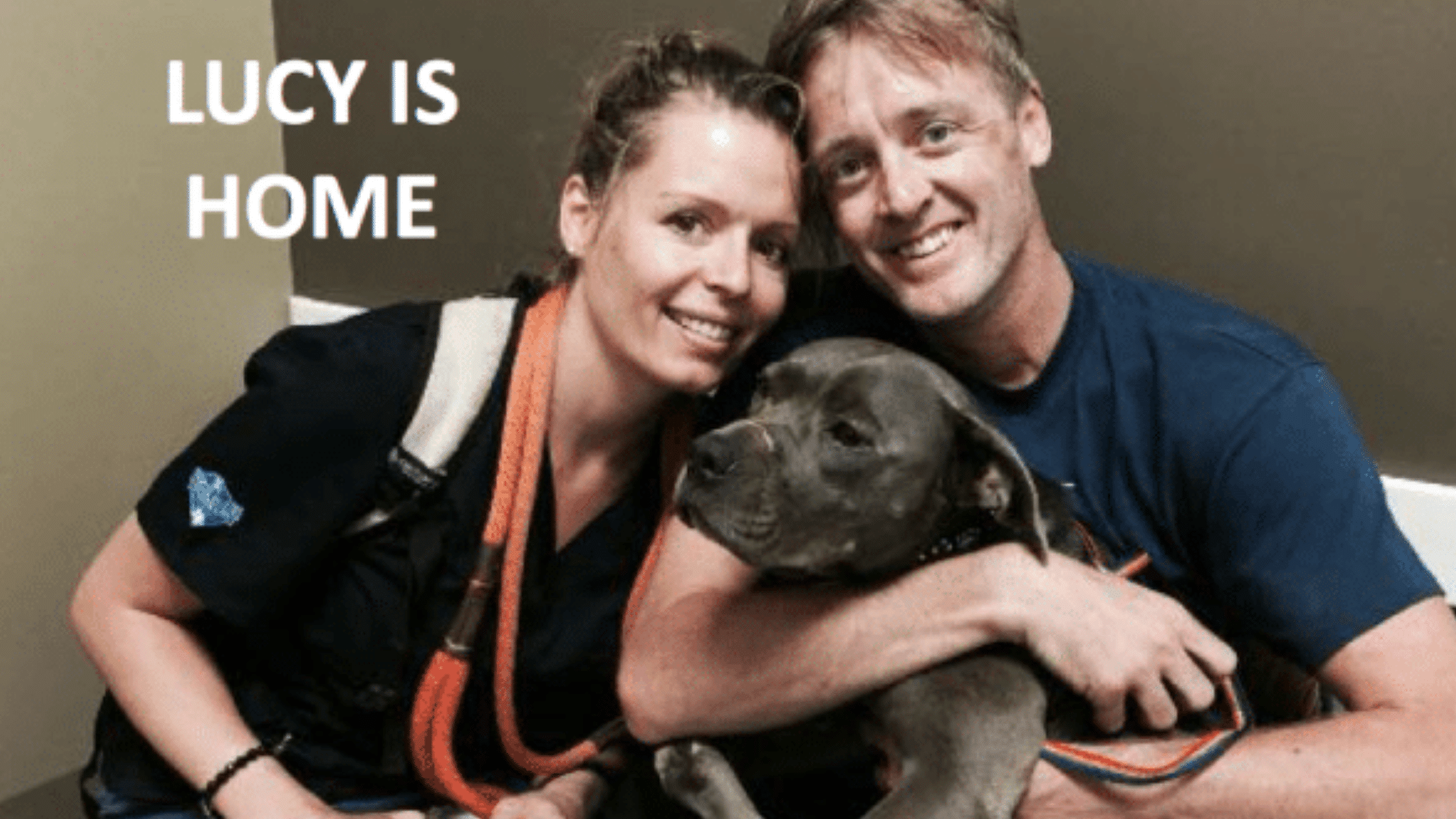 If you ever have a dog go missing, use the tips in this article to help you find them. https://happymutt.org/thanks-to-sausages-missing-dogs-find-their-way-home/