Home Excellent Dog Stories The Baby Or The Dog? Could You Choose?

The baby or the dog. It came down to a hard choice. Dogs who are anxious and insecure will be very defensive. Sometimes those defensive actions can lead to dog bites.

In cases like that, a dog expert like Cesar Milan might need to step in to help the owners train their dogs. Some risks are too great to take and an expert is often the answer. Choosing the baby or the dog qualified.

A distraught lady by the name of Morgan contacted dog trainer Cesar Milan. She had nowhere else to turn for the kind of help she needed. Morgan was desperate and she did not have a lot of time to waste.

Morgan and her sister, Taylor were not close growing up. They were hoping to build the kind of sister relationship they desired. Things were going well until Chloe came between them.

Morgan worried about her sister’s dog, Chloe. Unfortunately, Chloe’s occasional aggression was getting worse. The dog bit Morgan on more than one occasion.

A very pregnant Morgan was afraid that Chloe might pose a danger to her baby when he was born. She loves her sister and Chloe but she couldn’t place her baby at risk for anyone. 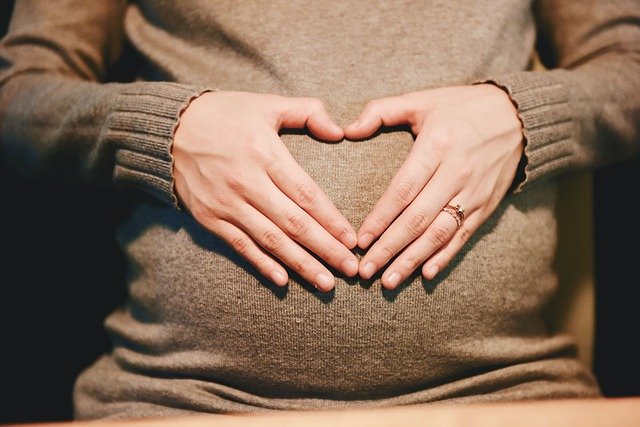 Morgan gave an ultimatum to her sister, Taylor. If she can’t control Chloe Taylor wouldn’t be allowed to help care for Morgan’s baby. The risk to her infant son would be too great and more than she was willing to take.

Cesar Milan To The Rescue

Morgan reached out to a well-known dog trainer, Cesar Milan. She put her faith in his dog-whisperer-like magic to solve the problem with Chloe. She was ready to try almost anything to save her relationship with Taylor.

A Little History On Chloe and Taylor

Taylor’s coworker introduced her to Chloe when she was just a puppy. From the first moment that Taylor took her in, they’ve been inseparable. Taylor cannot imagine her life without Chloe.

However, Chloe has significant behavioral issues. It has reached the point where Taylor can’t take Chloe to a groomer or even to a friend’s home.

Taylor wants to rekindle her relationship with her sister. Morgan was going to have a baby soon, and Taylor wanted to be part of her nephew’s life.

Taylor didn’t want to be forced to choose between the dog or her sister because they’re both very important here. She wanted a relationship with her first nephew as well.

Cesar Meets Chloe and Both Sisters

Cesar met with Morgan and Taylor. He asked Taylor to allow him to handle Chloe. The trainer slowly urged the dog to move closer to him. Instead of moving Chloe away from a perceived threat, she was moved closer to it.

Cesar wanted to make Chloe realize that she wasn’t going to get hurt. Once she calmed down, she was allowed to go back to Taylor. The sisters were amazed by how quickly Cesar handled Chloe.

According to the trainer, Chloe is just an insecure dog. Fortunately, insecure dogs are manageable and easier to rehabilitate.

Cesar planned for Morgan and Taylor to come to his facility so they can watch how Chloe’s issues get fixed. They are happy that no one has to choose between the baby and the dog.

Here is an article that teaches you how to deal with canine separation anxiety. https://excellentdogsclub.com/how-to-help-your-dog-deal-with-their-separation-anxiety/