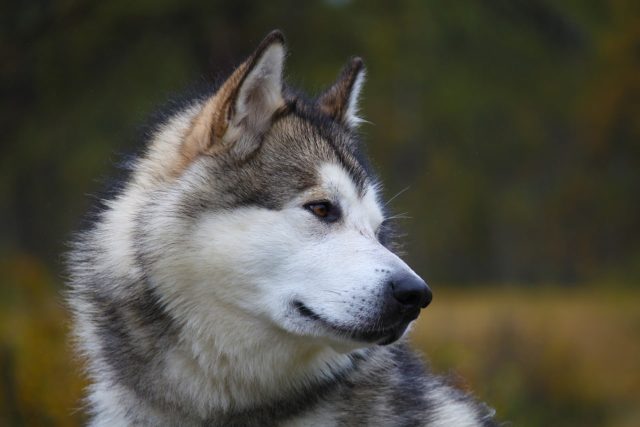 Alaskan Malamutes are unlike the typical dog in that they do not bark as often as other dogs. What they do, though, is howl. They are known to howl like a wolf. This cute video shows how big brother malamute teaches sister to sing.

Malamutes are generally quiet dogs. When they do communicate, they do so by groaning (or “speaking,” as some people describe it) and howling, but these dogs howl more often than they “speak.” The Siberian Husky, on the other hand, “speaks” more often than it howls.

Malamutes, just like wolves, like to howl when they are in a pack. And when a member of the pack goes missing, they howl to let the missing dog know where they are.

A Song By Any Other Name Sounds As Sweet

These dogs learn how to howl as puppies. The dogs in our story, Nikon and Mocha, performed a howling duet as big brother Nikon taught his little sister how to howl.

The result was beautiful, and the two dogs sounded like they were singing. The dogs’ human captured the entire thing on video and uploaded it on YouTube. Watch below and you can see how a big brother Malemute teaches sister to sing.

The video shows Nikon lying down on the floor beside Mocha, who was comfortably lying on her small bed. Then, Nikon broke out in a long and loud howl. The moment he did, little Mocha tried her best to mimic him.

Initially, Mocha’s howls were short bursts. However, as her brother continued to show her how it was done, she finally learned how to howl longer. While she couldn’t do it as long and as loud as Nikon does, her puppy voice sounded so cute.

Nikon’s howl became longer and louder as Mocha tried her best to keep up. The more Mocha howled, the more Nikon howled to encourage his sister to keep going.

The two dogs looked and sounded so wonderful. Of course, only the two of them could understand what they were saying or what was going on. It’s a Malamute thing, after all.

If you enjoy reading about dogs using their voices to get attention in a funny way, check out this article.https://excellentdogsclub.com/?p=2730&preview=true