Thankfully, the undernourished and scared dog is rescued just in time. In 2015,  Lukasz Muniowski and Natalia, were biking through the Polish countryside. Suddenly, they spotted a scared and injured dog that was popping up its head from a ditch on one side of the road.

When they went to check on the dog. She was moving in a rickety and strange manner as she hobbled into the ditch. They could tell that something was wrong with this poor dog.

An Undernoursished and Scared Dog Is Rescued From A Drain

The little dog on wobbling legs moved in a very weird and abnormal appearing way. This made the couple even more worried and very determined to help her get out of the drain. With the opening partially blocked by a large stone on one side, Muniowski had to dig through the ground to reach the dog.

While Natalia watched to see if the dog would escape through the other side, Muniowski tried to move the stone in order to reach the dog. During this process, the frightened little dog began to growl, although not in a scary way. Once the stone was removed, Muniowski slowly put his hand into the opening. This was the beginning of her long fight to live.

Bobby smelled his hand and then put her paws on it. With this sign of trust between the dog and Muniowski, he scooped her up and held her in his arms. The couple immediately rode back to town where they rushed Bobby to the nearest vet. Bobby was filthy and skinny, but they were more concerned about her back leg which appeared to have been broken.

What did the vet have to say about the undernourished and scared dog rescued by the couple?

The vet thought that the little dog had either been caught in a hunting trap or hit by a car. They estimated that Bobby had been limping around with the injured leg for 3 to 4 weeks.

The dog was injured so badly that the vet was uncertain of the quality of life she would have if living on her own. He was not sure she would have survived at all. Without a family to care for her, her chances of survival were poor.

One of Bobby’s paws was in very bad shape. It appeared to be hanging from a single thread. The vet suggested they put her down rather than to allow her to suffer any longer.

Without a family to care for her, she was unlikely to live. The couple shared a brief, but meaningful, look with one another. They then announced that they would take Bobby into their home.

Just How Bad Was It, Really?

Sadly, Bobby’s broken paw had to be amputated. However, a vet in Warsaw was able to operate and successfully repaired Bobby’s second injured leg. Bobby was also given a brace to help her walk.

Although happy that she would be able to walk, the couple thought Bobby would never run again. After being an injured, undernourished and scared dog rescued from a ditch, it was miraculous she had survived at all. 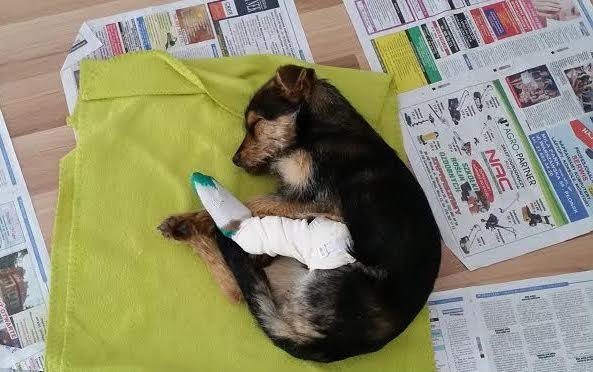 Surprisingly, she healed much better than either the vet or the couple could ever have imagined. Bobby could run, climb stairs, explore the forest, chase sticks and get along with Lean—the couple’s other rescue dog. Today, this sweet and lovely dog enjoys spending most of her time interacting with the family. 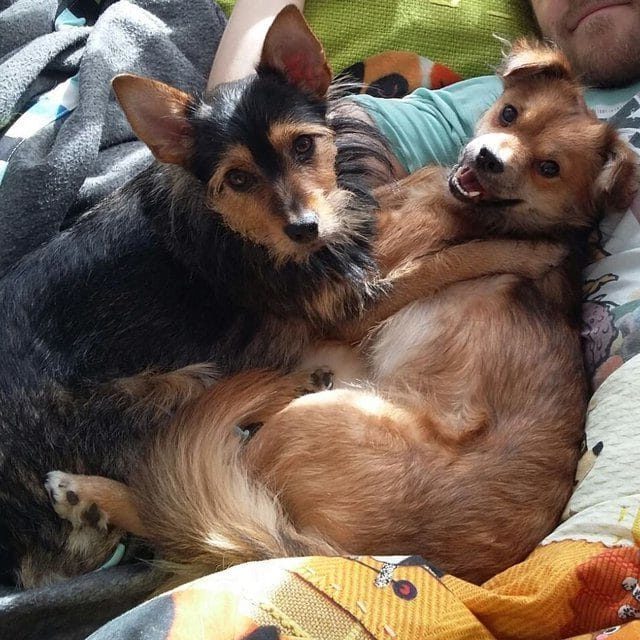 What   Do You Need To Know If Your Dog Has A Leg Amputated?

Whether your dog has lost a leg to accident or disease, once the initial healing has taken place, the way you help them adjust is basically the same. Usually, the removal of an injured or diseased leg helps the dog greatly.

No longer in pain, they are now free to learn how to move around in another manner. Even with only three legs, they comfortably get around and enjoy life in many ways.

Here are a few pointers to make it a more successful transition for him:

Once He Has Adjusted

Once your dog has adjusted to ambulating on three legs, you will need to keep an eye out for a few things:

He needs to keep within a healthy weight range. Your vet can guide you as to what weight is healthiest for him. If he starts to gain weight, adjust his diet accordingly to get it under control quickly.

Like people, dogs tend to put on weight as they age or if their level of exercise decreases. If he starts to show signs of discomfort or actual pain, have him evaluated by your vet sooner rather than later. 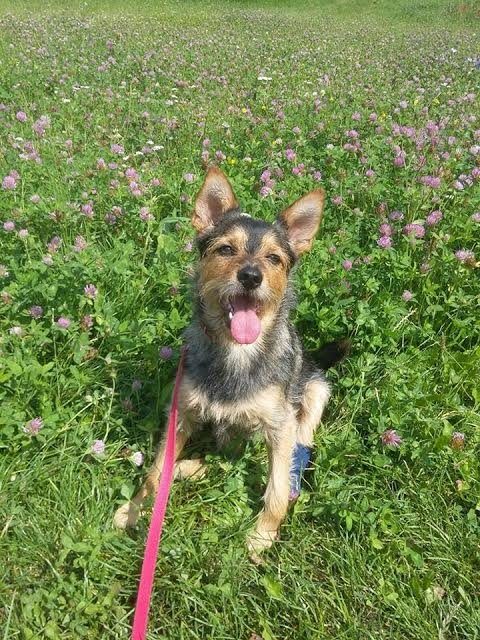 If you are not comfortable trimming his nails, a groomer or your vet tech can do this for you. This is an important part of his care. Keeping his nails clipped and feet in good shape will go a long way toward keeping him happy and healthy.

Slick surfaces like linoleum, hardwood or any slippery floor may be difficult for him to walk on safely. It is helpful to have a few non-slick areas in your home to make it easier and safer for him to get around.

Although it takes time for you and your dog to adjust to him being on three legs instead of four, he will enjoy life again. With good nutrition and exercise, coupled with a few adjustments, you and your best friend will be as happy as ever.