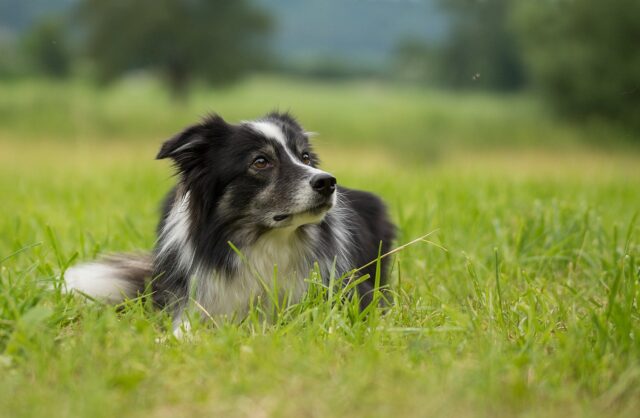 The last-minute rescue of a pregnant dog in the woods took place in Serbia but it could have happened in any country. Dog rescue is an International need.

One of the staff of the animal shelter went to search for the dog. Looking for the dog in this type of environment was not easy. The dense vegetation made moving forward difficult. Finding the dog proved very challenging for the rescuer.

The rescuer made multiple attempts to locate the dog by investigating possible locations beneath the leaves. Then the dog barked again and led the rescuer to its location. The dog appeared to be pregnant.

The rescuer carefully carried the dog out of the bushes with a little difficulty. After some time, he finally reached the animal shelter. The staff who rescued the dog placed it in a box lined with a blanket. The rescuers fed the dog and gave it water.

The dog and her babies won’t go hungry and will get treatment for any health-related problems in the place. Their chances of survival increased many times compared with struggling on their own in the wild.

Getting the dogs ready to find their new homes

After a few weeks, the puppies can get vaccines to help them against common diseases. Once the puppies become more independent, the shelter can look for new homes for each one of them. Hopefully, a home for their mother as well.

Currently, this animal shelter in Serbia takes care of 350 dogs. These abandoned dogs luckily found their way here. Many of these beautiful canines will make good pets once a suitable family adopts them.

The animal shelter will keep on rescuing abandoned dogs and caring for them thanks to the donations made by generous donors who appreciate the work done by these people.

Here is another story about a rescued pup after being abandoned on the street to survive on its own. https://excellentdogsclub.com/the-rescue-of-a-sad-eyed-puppy/

Special thanks to Dog Rescue Shelter Mladenovac, Serbia via Youtube for the image in the story.