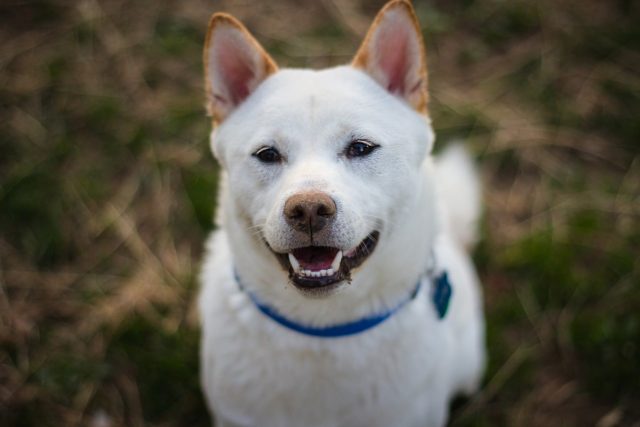 Sometimes our pets can be very stubborn. No matter how much you persuade or command them to do something, if they don’t want to do it, they will resist. How often and why do dogs refuse to enter their dog house? How can they be convinced to go inside them?

The first dog is Taengi. She has a decent looking dog house, but no matter how much her owner tells her to go inside, she resists. It’s a tug of war every day for Taengi and her owner.

According to the owner, Taengi had a very bad experience when she was a puppy. She was inside a small dog house during a stormy day. The small house flipped over, and that experience traumatized her.

Ever since that time, even if it’s raining, Taengi would rather stay outside than go inside her dog house. She also hates umbrellas. When her owner brings an umbrella to shield her from the rain, she moves away as fast as she could.

Because they often have rain, and even tsunami type weather, the dog needs to have a shelter she will enter for protection. The trauma she experienced was so severe she cannot be made to enter the dog house. So, help from an animal behaviorist is needed.

Dog expert Chanjong had a creative solution. Since Taengi hated umbrellas, the strategy was to surround the area with them so Taengi will seek shelter inside the dog house instead. The owner patiently waits inside the house as well and urging Taengi to join him.

The strategy worked. Taengi has accepted her living space. One problem down, it’s time for the next dog.

Deogsun is another dog who has never set foot inside his dog house. The owner had to build a kiosk just for him to be shielded from the rain.

This time it wasn’t trauma. Deogsun’s house was moved from the front of the residence all the way to the side. This made the dog feel exiled.

The solution was to move the dog house back to the original location. There Deogsun can see his owners, and he wouldn’t feel so isolated. He cooperated very well once the location of the dog house is back to where he wants it to be.

I guess the key to solving such issues is for the human to be smarter than the dog.