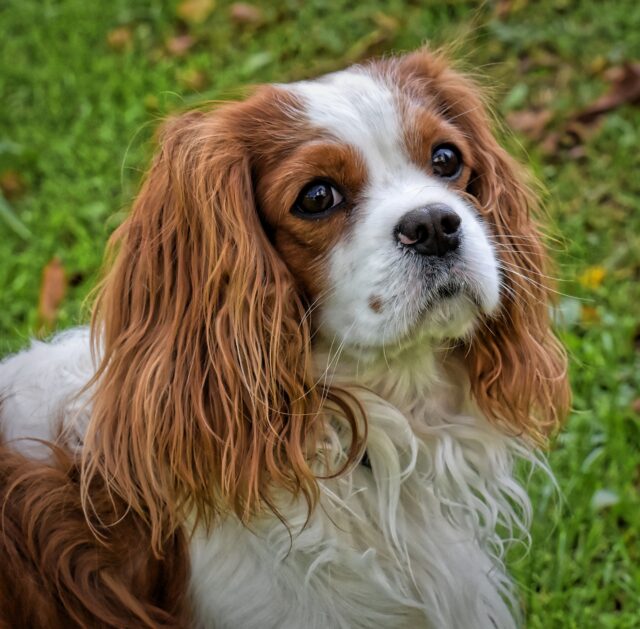 In this video, a small puppy eagerly helps his Newfie brother. Dogs love to help anyone who needs their aid.

As soon as they see a person or an animal in need, our canine friends rush towards their side, promptly assisting them in any way they can.

Thus, it’s not at all unexpected to see a Cavalier King Charles Spaniel pup rushing towards its Newfoundland brother when it started scratching its face. Rambo is the pup’s name.

But, it seems the Newfie finds the little dog’s actions pesky as it stops its movements. A big brother does not appear to appreciate the effort his little brother makes on his behalf.

In this adorably amusing footage, a brown-furred Newfoundland named Samson lies on the floor. At first, it looks like Samson’s trying to take his afternoon nap. 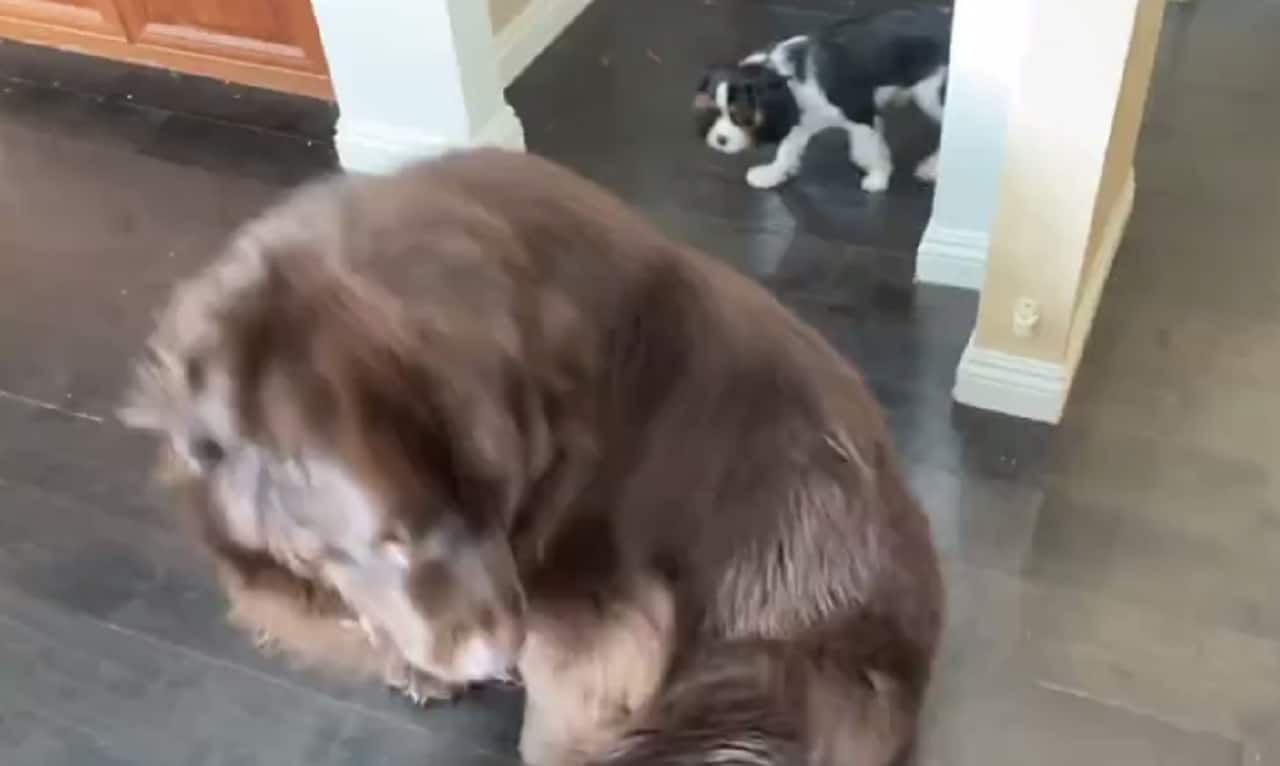 However, the Newfoundland’s desired alone time comes to an end when Rambo enters the area. The curious puppy initially takes a look at its surroundings before paying attention to what Samson’s doing.

As it turns out, Samson scratches an itchy portion of its face. While the Newfoundland is preoccupied with its current task, the ever-eager Rambo immediately saunters towards his big brother and starts licking its face.

For the next few seconds, Rambo furtively licks Samson’s face to help him remove whatever’s causing the itchiness. And, as the helpful Spaniel puppy carries on with its energetic licking, Samson slows down with his scratching.

Without any warning, the Newfoundland rises and prepares to vacate the area. As the Newfie tries to find another quiet corner, its eager canine sibling rushes to follow him.

On and on, little Rambo enthusiastically follows Samson’s track, even to the point of attempting to lick his brother’s face. The puppy energetically jumps to try and reach for Samson’s cheek.

Do you think Samson allowed his puppy brother to continue helping him? Click the play button in the video clip below to find out.

Here is a story about an odd couple who cuddle and watch Netflix that you might enjoy. https://excellentdogsclub.com/odd-couple-cuddles-on-couch-to-watch-netflix/