Home Dogs and Humor When The Owners Are Away, This Mischievous Husky Will Play

Aside from being adorable and loyal, another fantastic thing about dogs is that they are naturally talented. But, sometimes, when the owners are away, this mischievous husky will play. Actually, it more accurate to say that he will paint.

Dog owners are often fascinated by their dogs’ incredible talents. However, one couple ‘has yet to decide’ if ‘fascination’ would be the right response for their dog’s sudden display of artistic talent.

It all started when the couple decided to unwind by going on a date-night movie. Of course, they would not be gone long. Even if they decided to have dinner before the movie, they would still be home that same evening.

Well, they do realize that there might be some minor aggravation like chewed-out shoes or other minor things. However, they considered those things would be a little price to pay for a date night all by themselves.

But, they didn’t expect that they would eventually have to pay a heftier price for the ‘gamble” they were willing to take for that time alone. They had a real surprise waiting for them when they returned home.

When the Owners Were Away, Just What Did the Husky Do?

While they were enjoying their date night, it appears that their dog had some fun, too. He had turned their house into a giant canvass! The budding artist  ‘luckily’ found Chinese calligraphy practice ink somewhere in their home.

The Puppy Picasso decided to try it, not on paper, but on the floor! By the amount of “art work” they found upon returning home, it seems that their dog had a lot of creative energy built up inside. He needed to express himself! 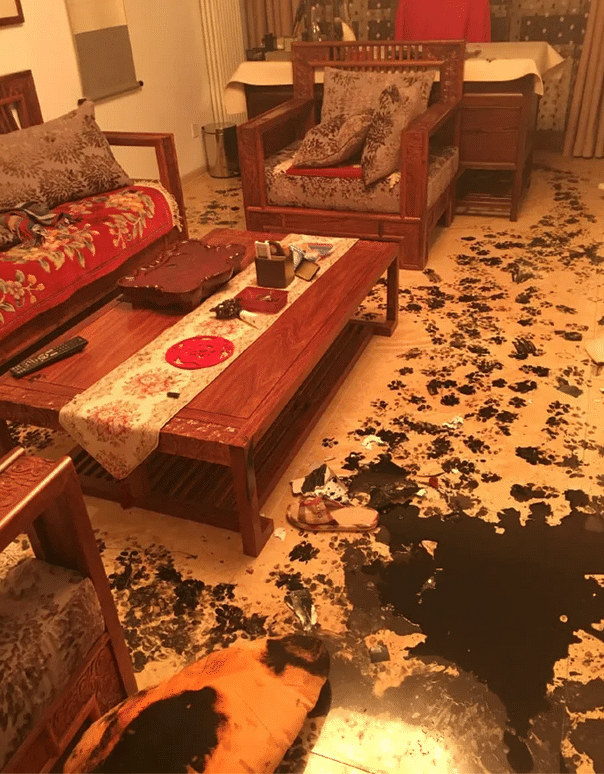 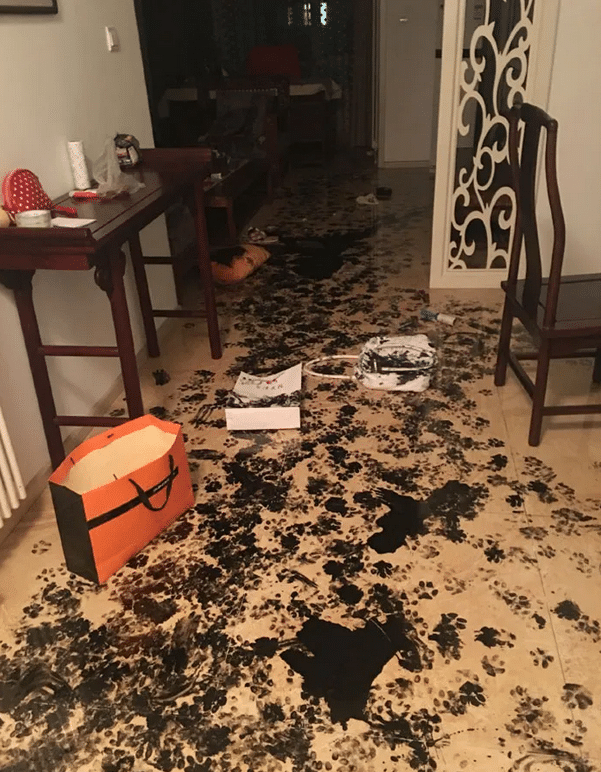 When the couple arrived home, they were shocked to see that their entire floor was smudged with black gooey ink (pressed by adorable little paws)! 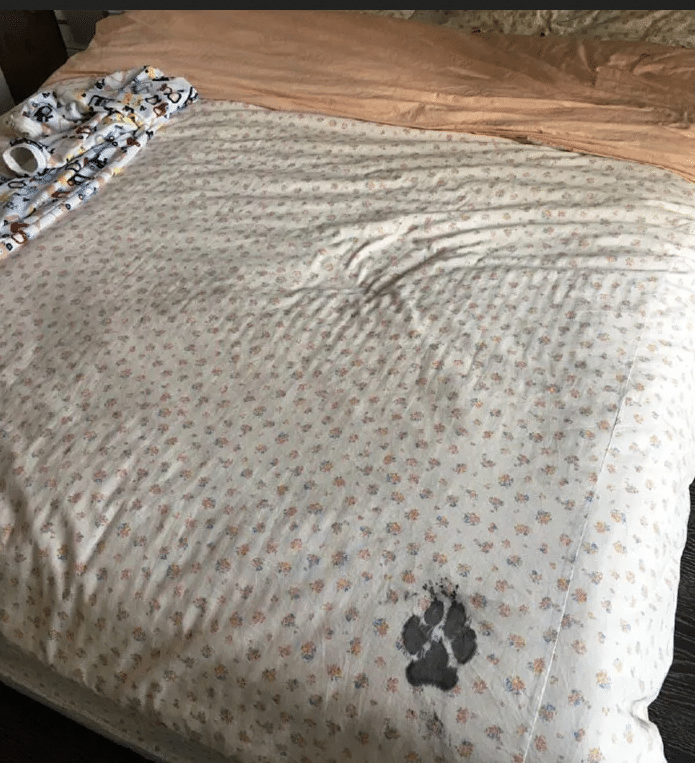 The couple’s first instinct was to rush to their bedroom to see if it suffered the same fate as the front part of the house. They expected the ‘worst,’ but fortunately, their bedroom was ‘spared’ from the mess.

All their Husky did was to leave a single ink paw print on their bedsheet. And hilariously, they said that they were grateful for their Husky’s showing them ‘undeserved mercy.’

With the big mess that their Husky made, the couple was greatly relieved that the ink was non-toxic and bio-friendly for humans and for their Husky.

Rescued From A Onesie By His Sister

Is An Apology Required For Furgiveness?

Dog Guards His Toys Hanging On The Clothesline