A clever Bulldog used the vent he discovered in the floor to enhance his voice and to get the attention he felt he deserved. This story brings us back to when we were little kids.

Somehow, we felt like our voices aren’t heard enough, literally and figuratively. So we found other ways to make up for it. Some ways worked better than others. Some of them may have gotten us into trouble.

This French Bulldog’s currently going through that stage, and we couldn’t help but feel for him. After all, when you’re a certain size, others tend to walk all over you.

Well, not this dog. He’s not a French Bulldog for nothing. His name is Cashew, and he’s famous on social media for his grumpy, I-couldn’t-care-less attitude.

Cashew’s got that don’t-mess-with-me personality, and somehow, it’s managed to make him look all the more adorable. Dogs do this every time!

Today, this lucky boy discovered the vent. It’s where warm or cold air blows, depending on the weather they have, but it also served Cashew in a more helpful way.

This strange thing somehow made his voice sound bigger and louder. For Cashew, that’s something he needed to make his “mom” and other peeps in the house take him seriously.

So the Frenchie gave it a whirl; he stood right above the vent and barked. He was not disappointed, as his mighty bark echoed in the house. 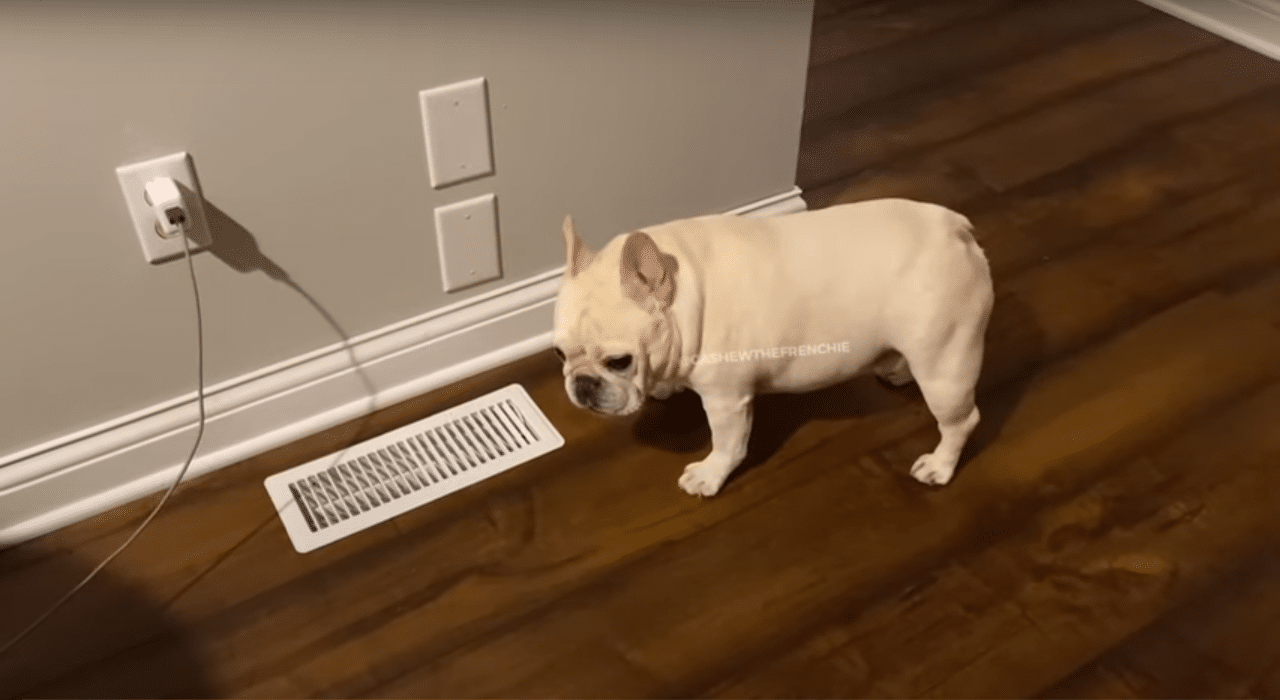 Cashew felt important and larger than life, so when he heard his mom say something that sounded like a jest to him, the Pittie woofed once more.

We don’t know if Cashew said he was cold or that he needed to go to the bathroom. Either way, his bark meant that someone had to attend to his needs.

Here’s the thing about sounding bossy, boy; you rarely get things done that way. It would also help if you were a little sweeter, as we know that you can be. After all, we humans learned at a very young age to say “Please” and “Thank you”.

Anyway, we hope that whatever you wanted to be done got addressed. Otherwise, that vent was of no use to you at all.

If you enjoy reading about clever dogs using their voices to get attention or doing funny things, you should read these:

Photo and video credits to Cashew The Frenchie via YouTube

Rescued From A Onesie By His Sister

Is An Apology Required For Furgiveness?

Dog Guards His Toys Hanging On The Clothesline